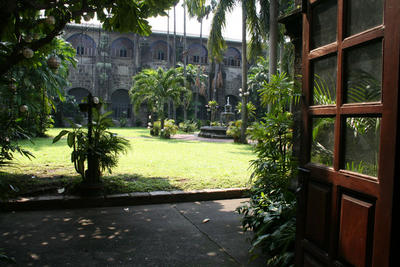 With all the work I’ve been doing (or pretending to do), I’ve been having the nagging feeling that I’ve been missing out on all that Manila has to offer. So today I got up early (8 am is early on a Saturday) to go to Intramuros for a walking tour of a few of the district’s highlights.

Intramuros is the walled portion of Manila proper that was the seat of the Spanish colonial government during its 400 years of rule. As our tour guide, the witty and informative Carlos Celdran, said, it wasn’t in fact really Spain that ruled the Philippines. Rather it was the Catholic Church that ruled the country when it was a colony of Spain. The influence of the church is still very present today — that’s why, in Carlos’ words, “to be Filipino is to be Catholic.” Well, at least for 80 or so percent of the population.

Let me say this first: I am usually tour adverse. After my experience with a tour to Jiuzhaigou in Sichuan Province with Judy, I swore off tours. We spent more time at a yak meat store and on a bus than in the Jiuzhaigou nature preserve. But Carlos’ walking tour was great. Just two hours or so, and packed with information, history and commentary.

The first stop was the San Agustin Church and Convent, the only structure left standing in Intramuros after World War II. 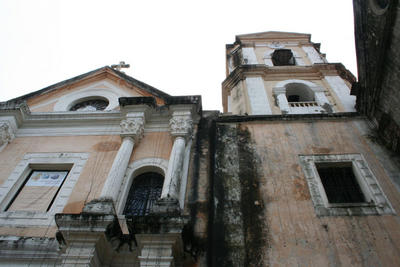 It’s lucky for us San Agustin is still standing, because it’s a fascinating place, complete with a courtyard (above), Asia’s first botanical garden and a museum that houses some incredible artifacts. 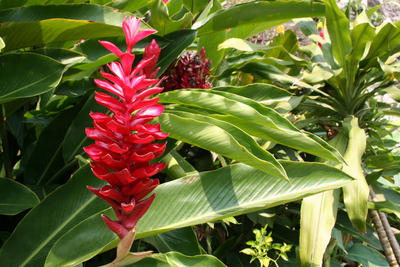 We also went to Casa Manila, a reproduction of a 19th century upper class home in Intramuros. The house was built because of an initiative by Imelda Marcos to renew Intramuros. Apparently she did more than buy shoes.

Intramuros is essentially a tourist trap, but it’s quite nice to be in a part of the city with sidewalks, neat, clean streets and pleasant surroundings. I couldn’t help but think, Am I really still in the same city that I live in? But it’s exciting to think that there are dozens of corners of the city that I have yet to explore. 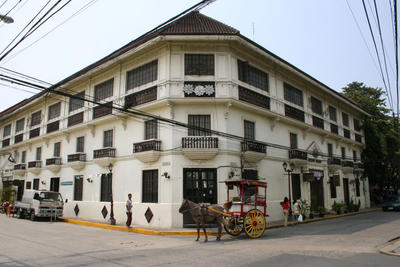 More photos of Intramuros are here.