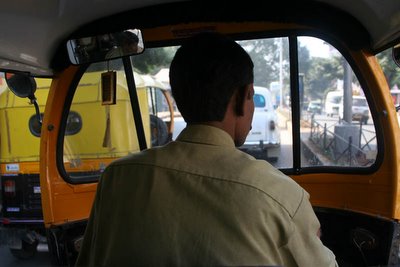 Judy and I discovered the auto rickshaw, otherwise known simply as the “auto,” on a day of exploration in Bangalore. We utilized the auto during our entire trip — and had varying experiences with them. Most of the time you negotiate a price before getting in the auto — a practice that usually leaves the unsuspecting traveler spending way more than he or she should. Bangalore was the only place we visited that had metered autos, which sort of surprised me (imagine having metered tricycles in Manila). Even then, there were a couple of auto trips where the driver simply went round and round in circles to run up the meter.

Two and a half weeks of auto rides and I had definitely developed a love-hate relationship with the vehicles and their drivers. Although the auto was convenient in cities where you have to call cabs, they’re also not the most pleasant way to get around. When you step out of an auto, you usually feel like a layer of dirt has permanently embedded itself on your body.