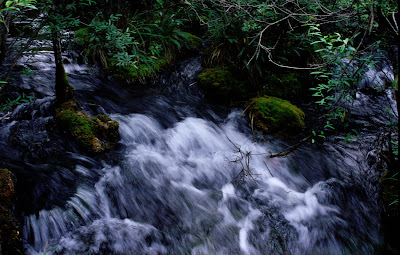 One of the best — and most horrific — travel experiences I’ve been lucky enough to have in China was a trip to Jiuzhaigou, a nature preserve in Sichuan Province. I’ll never forget Jiuzhaigou’s stunning beauty, crystal blue waters and stunning alpine scenery. I’ll never forget being there with 20 thousand other people. I’ll never forget the tour bus stops at stores that sold things like yak bone carvings, yak meat, costume jewelry, honey and tea.

And I’ll never forget our tour guide, to whom someone mistakenly gave a microphone that she would use precisely as I was about to fall asleep. She woke us every morning before 6 a.m. She took us to restaurants that served only pickled vegetables and fatty pork. Oh, and did I mention the yak bone carving store?

We stopped at so many souvenir stores on the way to and from Jiuzhaigou that I lost count. After the first few I started to pretend I was asleep on the bus so I didn’t have to go in and pretend to look at stuff I wasn’t going to buy anyway. Little did I know that I was taking my life into my hands by ignoring my tour guide’s only source of income.

According to a recent China Daily article about a disturbing attack by a tour guide — who stabbed 20 people — most tour guides in China aren’t paid. Instead they earn a living by taking their clients to overpriced souvenir stands that will pay the guide a commission from every purchase made by a person in their tour group.

Xu Minchao, 25, was leading 40 tourists through Lijiang, a World Heritage-listed tourist destination in mountainous Yunnan province, on Sunday when he suddenly ran into a souvenir shop and demanded a knife, Xinhua said. “Not realizing the man was ready to kill, a girl in the shop gave him one and was stabbed immediately in the arm,” Xinhua said.

Police were also investigating whether the attack was linked to an unhappy childhood, Xinhua said. “Xu … broke down in tears when talking about his parent’s divorce and how it overshadowed his childhood, according to local police,” it said.

When I got back from Jiuzhaigou I had already made up my mind never to take another tour in China again. This story, not surprisingly, only cemented my bias against the Chinese tour group and its souvenir stops. I imagine that for the unlucky 20 tourists Lijiang, a nice little town also surrounded by stunning scenery, will forever be inextricably linked to a commission-hungry, knife-wielding tour guide who lost it over his childhood and, possibly, a yak bone carving.