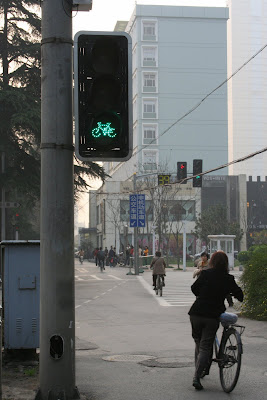 A common sight in China: The bicycle traffic signal. (Let’s hope they don’t become a thing of the past with China’s increasing car-owner population.)

Since I’ve waited a month to post something on my trip to rural Anhui, I’m going to stick to posting photos for now. I’ve tried a couple of times to write about the crazy, unexpected, exciting and down right funny things that happened on that trip, but every time I sit down to write I don’t have enough time to do it any justice.

Xikou, Anhui — the base of operations for a weekend in the sticks — your average, dusty, small town in China, population 20,000. Xikou is famous for its green tea, which was being sold by the pile in a market right underneath the window of the room I slept in. I can say with authority that the market opens at around 3 a.m. with lots of honking, yelling and bell ringing. One afternoon I started wandering around the old part of Xikou (what self-respecting Chinese town doesn’t have a new “developing” portion with buildings decorated in fake Greek-like columns?). It reminded me somewhat of the old west — and I love the hand-painted signs on every building. After a stop at the opening ceremony for Xikou’s “Tea Culture” Festival, we stopped by the local school to meet up with our host’s family. My camera was spotted by a large group of drum-beating girls, who were very excited to have their pictures taken. Our host, Xiao Wei, introduced us to his family, who let us stay in their homes for the weekend and were all around wonderful hosts. Behind the two kids is Lao Yezi, Xiao Wei’s father. I traveled to Xikou with my friend Eliot, fellow Nanjing resident and NYU alum. While we were in Xikou, some of the English teachers asked us to speak to their classes. Apparently their town doesn’t get many foreigners passing through. The kids were nervous, but there was one hillarious kid up front who kept blurting out random English phrases like, “I’m 40 years old!” On our second day in Anhui, Xiao Wei and his friends took us out into the wilderness to climb a mountain. Because I’ve been in China for a while I was expecting stairs and lots of tourists. But I was pleasantly surprised by our rough drive over a river bed to the base of the mountain. I knew that without a road it was pretty much guaranteed that hoards of tourists and their bull horn equipped tour guides would be no where in sight. The climb was pretty rough, but we took breaks on the way. At the top of the mountain was a magnificent view… We spent the night in the monastery and woke up early for a sunrise that never materialized because of fog. We talked to this old monk who told us the story of the monastery’s fate. He told us that the temple, which was once made of iron, was dismantled during the Great Leap Forward. Xiao Wei promised to help the monk by writing a letter to the government asking for compensation for the iron. We started our trek early and got back to Xikou in time for one last lunch with Xiao Wei’s family and friends. 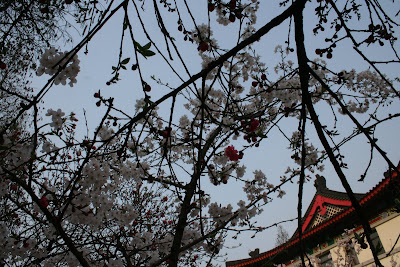 Some photos from a recent trip to the Forbidden City in Beijing. More photos of Beijing are posted here, and I will be writing something about that trip soon. 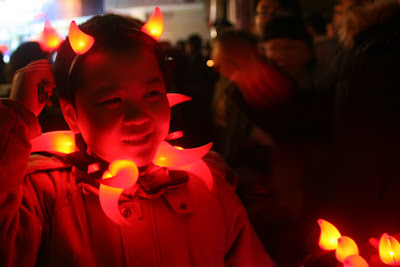 The night before school started a few friends and I decided to brave the Lantern Festival crowds at Fuzi Miao. We arrived at about 8 pm, which was our first mistake. By the time we got there, it was so crowded that a shoulder-to-shoulder line of police was not allowing anyone to enter. Luckily there were so many people that even the outskirts of Fuzi Miao were incredibly festive. 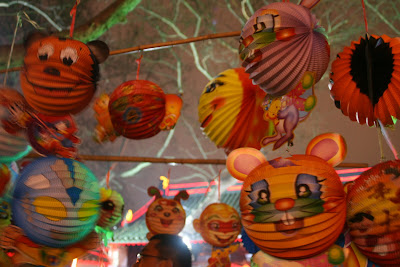 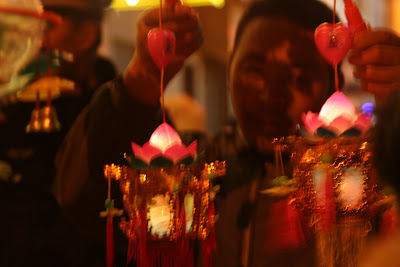 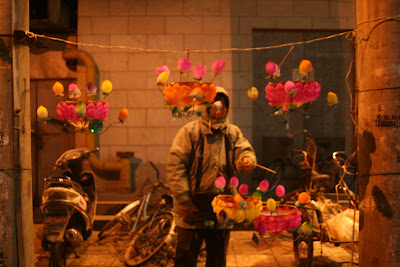